I've long wanted to write a blog about the traditions my nuclear family and I have developed in some ten years of shared existence.  For much of this time we have been itinerant, often in economically precarious straits, and sometimes without a fixed place of residence.  We've had Christmases that were subdued and contemplative as we mourned loved ones we'd lost in the prior year, other Christmases with a more reduced family circle sharing with us and a corresponding feeling of simple intimacy, and we've had years that were more boisterous and full of family and guests.  Some years we put together a makeshift Christmas tree in one or another of our houses, and other years we're just too busy to get to that.  My mom's arrival to Colombia usually has marked the beginning of the Christmas season for us, but some years she hasn't been able to make it, and in other years, I've gotten into the Christmas spirit early if my office or other social circles happened to be particularly festive.  This is increasingly the case as my kids have elaborate school events and parties for Christmas.

Despite all this variation from year to year, my family and I have still managed to slowly craft some meaningful traditions that mix constancy with evolution and adaptation.

Some of these traditions for me: 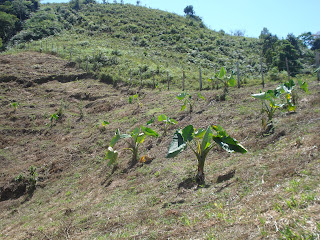 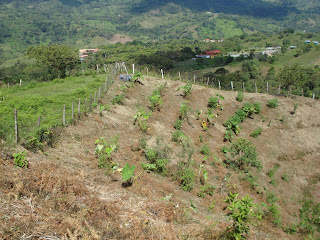 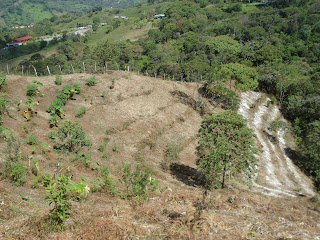 This year I invited a friend to share Christmas Eve with us, and his outsider's view of our extended family made me appreciate how much love infuses everything.  He was amazed at how happy my kids were to see their uncles and cousins and play together, and how even divorced parents got along for the holiday.  When seen in this way, any petty quarrels within the family disappear into insignificance, and I realize that we're lucky to get along as well as we do.

I even got to talk to my college-age cousins  in Chicago this year, as my mother hosted my Wisconsin family for the first Christmas in a long time.  Between all my wife's family gathered in Bogota, and my family gathered in Chicago (many of whom are recently-coined adults), I felt above all a sense of generations pervading each other, pervading everything.  We spent this Christmas in a rented apartment, but despite this apparent rootlessness, I felt more than in other years connected to a whole web of history and customs and relations.  Yes, I'm still worried about climate collapse and apocalypse and all sorts of other bad things going on in the world right now, but for a brief shining moment I could just bask in the holiday warmth, enjoy the old stories, watch my kids play with their cousins.

Perhaps one of our most enduring traditions has been to read A Christmas Carol as a family.  When my first son was newborn, and the rhythm of our life was a fair amount slower and calmer than it is today, we spent hours all arrayed on our bed one night, my wife, my baby, my mother, and I, and I read the entirety of the Dickens book in one or two sittings.  Since then I have read it almost every year around Christmas time to my two boys.  One year we listened to a classic radio play of A Christmas Carol.  Many years I'll read ETA Hoffman's Nutcracker to my kids over the course of December, and we've also at some point read Truman Capote's A Christmas Memory, and Dylan Thomas's Child's Christmas in Wales.

A Christmas Carol has a maudlin tone that I like.  I grew up with it, and in a way almost everyone in the US did, since so much of the popular sentiment and customs surrounding Christmas have been molded by Dickens's story.  The image of a snowy London Christmas, of fog and bitter chill offset by cheer and good will, the moral idea of Christmas (beyond its purely Christ-centered roots) as a time of giving and solidarity and love and family, just the general feel of Christmas today was shaped in large part by Dickens's depiction.  This may not seem so evident or odd in the US context, where we already practice a lot of British cultural traditions, but it really strikes home when you see countries with no snow and even without much native Christianity, but that still get decked out a la Dickensian London (by way of a century and a half of US additions like Frosty and Rudolph) every December.

Every year I get bent out of shape as social obligations pile up in December, and work deadlines are created at year's end precisely when less and less work can get done.  It seems as if all the modern hubbub around Christmas is almost perfectly designed to turn you into a Scrooge.  By the time we've been on vacation long enough for me to relax, and we've finished our year's reading of A Christmas Carol, I'm inspired like Scrooge was to be a warmer, kinder person, and to keep Christmas throughout the year.  I go through his same epiphany, getting out of the Christmas spirit during December, and then being inspired by the visits of the ghosts to get back into it.  Though this epiphany invariably comes well after Christmas is over!  I always resolve that next year I'll avoid getting in a bad mood to begin with, but it rarely works out that way.  I feel like those heretical sects in the Middle Ages that had riotous orgies and committed all manner of sins, in order to repent and more fully embrace the saving grace of God!

I also like A Christmas Carol's vision of social justice, with Hunger and Want so deftly rendered as the wretched children of a heartless modern civilization.  Dickens's account is not revolutionary, but rather a modest call for modernity and capitalist growth to be tempered by charity and a concern for the common well being.  In this sense I feel that Dickens's vision actually hews quite closely to how the modern welfare state has evolved, for better or for worse.

I am always amazed at how prescient and relevant are Dickens's descriptions and interpretations of life in 1840s London.  Many of the things he describes--wonder at heretofore-unknown wealth and modernity, industrial wretchedness on a heretofore-unseen scale, the glory and the pathos of life in a capital city of a fast-industrializing country--are still relevant today.  I have been in a few Third World capitals, and many of the dynamics of Dickens's London are at play right now in places like Port au Prince or Kinshasa or Tegucigalpa.  One day my sons and I had passed through Bogota's Skid Row, where there are a lot of people living on the streets and abusing drugs.  That night, as we read about Bob Cratchitt's family and their poverty, my kid asked me if they were drug addicts too, or just poor for some other reason!

I very much like Dickens's view of Christianity (explored further in a book he wrote for his kids called The Life of our Lord) as being largely about acknowledging that each of us is responsible for taking care of everyone else.  In many ways this seems like a pretty anodyne conception of Christianity, indeed a pretty anodyne assertion in general:  be nice to others, take care of others.  But I've written in the past about how much hostility I've encountered when I try to assert to strangers that we're all in the same boat together, so maybe Dickens's vision isn't that simple or self-evident after all.  In any case, A Christmas Carol reminds me every year or so of certain of my most deeply-held beliefs.

I've long thought of God more as a faceless force than a personal, Western-style god, but at the same time I mentally talk with and pray to the personalized, human God of Catholicism.  I feel that Christianity, and more specifically Catholicism, in its stress on love and social justice, makes God relevant in a way that speaks to me, a way no other religion does that I have encountered.  I almost feel more devout to the collective of humanity, more loyal to this Dickensian concept of God and religion, than I do to the details of the faith, which are for the most part not factually verifiable (and frankly, which often don't have a huge relevance on day-to-day life).  But I cling to the faith, and want my children to, because I value the idea of God as love, and God present in every person, and I especially believe in humankind's role to bring about a more godly world by fighting sin as injustice and oppression.  These are Catholic ideas, and while I can respect a more Eastern conception of God as all-encompassing, and thus somewhat indifferent to human affairs, I cannot accept "mere" earthly injustices and suffering as simply a neutral part of an indifferent whole.

Perhaps my favorite recent Christmas memory is from our last day in Bogota a few years ago.  I took my boys to the Gold Museum.  We saw all my favorite exhibits, with me doing my guide thing, and then we were treated to a special interactive kids' movie about shamans.  From there we watched skateboarders in a downtown Bogota park.  We cheered for them; in these young men and women I saw my own kids, instead of the listless thugs that I used to label them as.  After this we bet money on a guinea pig race in the street (this is a very Colombian thing, where a guy releases a guinea pig in front of a number of little houses, and whoever has bet on the house it finally runs into get a 5:1 payout).  We gave some bread we had left over to a pair of homeless guys, which prompted a long series of questions and proposals from my older son about poverty and homelessness.  We picked Andean cherries from a tree on the street, and got home on the wonderful Transmilenio bus system of Bogota.

Just before reaching my stepdaughter's house, we ran across more homeless people on the street.  My sons and I discussed how society might take care of the poorest among us, which prompted my son to reflect that helping a homeless person is like helping Christ who dwells in every person.
Posted by chicagron at 2:47 PM